Do you have any favorite sports? How about a favorite player? Did you experience playing it? How was it? Do you find it amazing? Well, each of us has a different set of favorite games and sports. Well. Everyone differs in sports activities, others like playing ball and other games like board games. In every game you venture, you really need motivation in achieving it. It’s kind of important too that you know some tips on how to play those games so that you will win. Every game or sports have its scoring and playing rules. And now, I bet you know the game? It is Basketball. This game is commonly played by men, yet today we have already women playing this game. Now, let us know what would be the possible tips and tricks in playing a ball game, A Basketball!

What about a Basketball!

Other children are fun playing basketball. Most of them even impersonate their idol’s moves and playing strategy. But do you really know where basketball begins, its roots and of course how it is being played. Basketball started during the early days of December in the year 1891. This was being introduced to us by a Canadian professor namely Dr. Naismith. But it doesn’t mean that it is from Canada because it is introduced into Massachusetts. Now, that you already know the history of it, then how do basketball being played. Here it is. 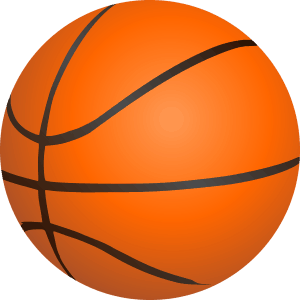 That’s all I know about the basics of playing the basketball if you are not playing professionally. If it is a league already you must have the guidance of a Basketball coach or a person who knows basketball well.

In my understanding, each of us really knows that in every activity, there’s always a danger that lies beyond. Even in basketball, but there’s a lot of things to avoid this thing happen. In my observation some basketball game would end in a heated argument that if not solved would end into clash. Why does it happen? Basketball game requires much physical involvement, which produces the heat of your body. Some person when reaching the peak of it can’t control its balance and temper. That’s why when someone fouled you, it may result into clash. In order to avoid it, players must stay cool during the game. Staying cool does not mean you only play a cool game. Just don’t let the heat from your body controls you. So that a game would end into a chaotic free and would surely improve the connection to your playmates.

After knowing, those things like the history of the basketball game. Who introduces it, the basic things to do with playing a basketball? Now do you want to begin a basketball career or Eyeing for a game to it. Well, you must know what it takes.