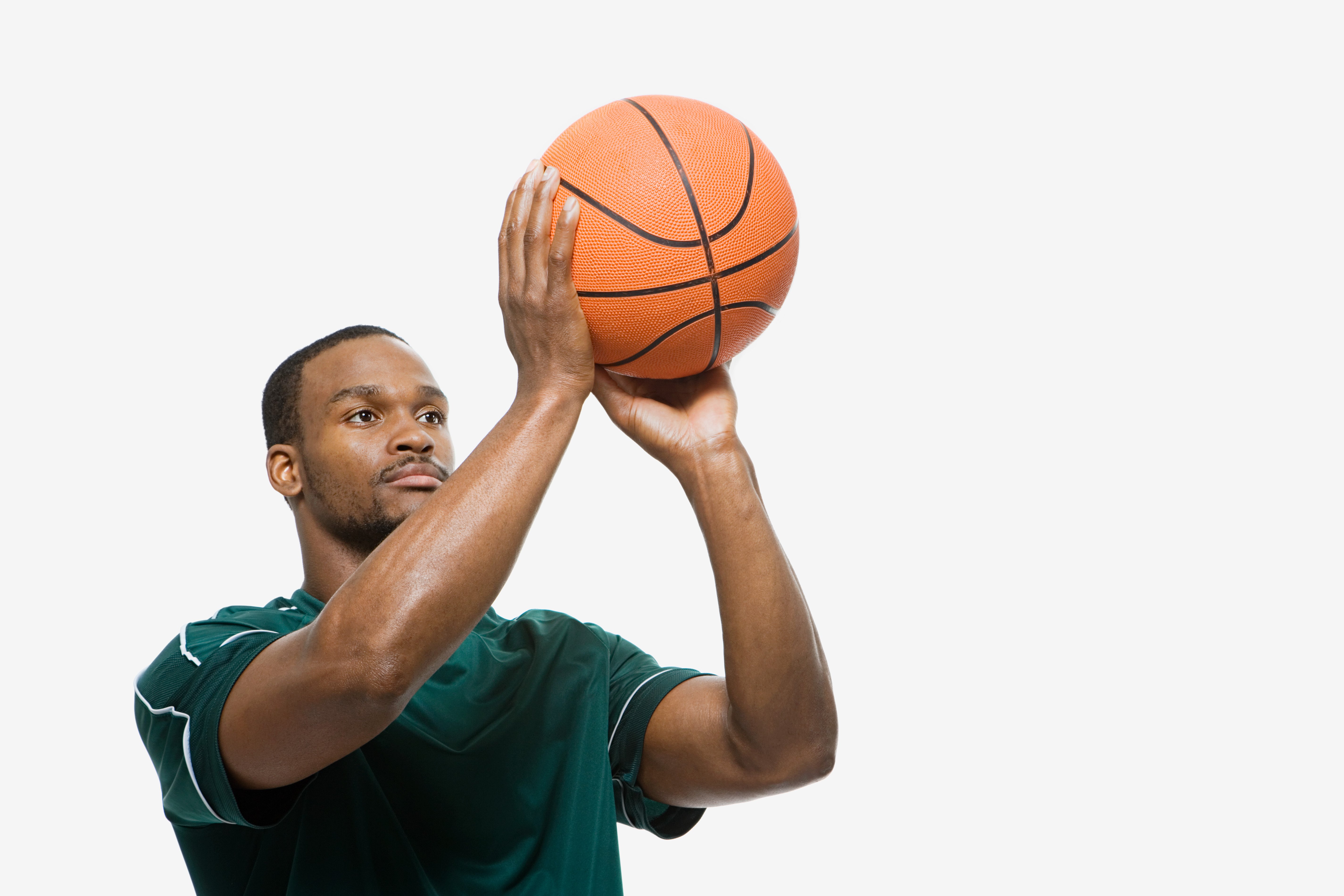 Do you need to brush up on your basketball basics? If you’re just getting started in organized basketball, it’s a good idea to brush up on the basics. Even if you’ve played the game for a while, there still might be some things you need a refresher on.

I know that I played for a couple years without having any idea what was meant by some of the terms people threw around like “short corner” or “elbow.” Sure I’ve got two elbows and I know I’m not supposed to let the ref see me hit people with them, but what does coach mean when he says to set a screen at the elbow?

My lack of knowledge of basketball basics was my fault for not asking questions or going looking to try and figure out what was going on. I just kind of muddled along, but you don’t want to do the same thing. You’re here to gain some knowledge. So, let’s get started with some of the basic basketball rules.

This is a quick overview of the basketball rules.

Basketball is a team sport intended to be played between two teams of five players. The court is divided into to two halves with a goal on each end (see the diagram of one half of the court above). Each team defends one goal while trying to score on the opposite goal (which the opponent is defending). The game lasts different lengths of time depending on the level of play, but the game is always divided into halves with the teams switching goals at half time.

The game starts with a tip-off in the center circle on the half court line. Two players stand in the circle, and the referee tosses the ball into the air between them. The one who reaches the ball first tips it to a teammate and the game is under way.

The baselines and the sidelines are the boundaries of the court. The lines themselves and everything beyond them is out-of-bounds. If the ball or a player in possession of the ball touches out-of-bounds, the team of the last player to touch the ball will lose possession.

The offense may score by putting the ball through the goal which is an 18 inch hoop ten feet off the ground. If they succeed they get two points. Unless, they score from behind the three point arc, in which case they get three points. If a player is fouled, he may be awarded a certain number of free throws from the free throw line. Each free throw is worth one point.

If the shooter is fouled while making a shot, he is awarded one free throw. If he is fouled while missing a shot, he gets two free throws (unless he is shooting a three point shot, in which case he gets three shots). Foul shots may also be awarded on non-shooting fouls if the opponent has accumulated a certain number of fouls. These rules vary depending on the level of play.

Fouls are committed when a player commits any kind of illegal physical contact. This may involve hitting, slapping, pushing, or holding a player when trying to defend him or steal the ball from him. It may also involve an offensive player setting an illegal moving screen for a teammate or for pushing or running over a defender. Non shooting fouls are usually punished with a loss of possession unless the team has accumulated too many fouls in which case free throws may be awarded.

On offense, a player may not spend more than three seconds at a time in the lane. If he does, his team will lose possession. After a team scores or loses possession due to a violation like stepping out-of-bounds, the opponent may throw the ball to a teammate in play from out-of-bounds. When inbounding the ball, a player has five seconds to get the ball in or his team will lose possession.

Check out this video for more on the five traditional basketball positions.

Basketball Tips to Get You Started

Now that you have a firm grasp on the basics of basketball, what should you do to start improving your skills? Well first off, you won’t magically get better without effort on your part. You need to put in the time and work on improving so that you can have an impact for your team, or just show up your friends. Here are three basketball tips to get you started.

Figure out the areas of your game that need improvement and get to work on fixing them. Nothing impresses a coach or helps you get a jump on your friends like work you put in on your own time.